When Thomas Holme laid out William Penn’s vision for Philadelphia in 1682 he imbued the city with three central characteristics: a flexible grid of blocks and streets, a network of green spaces, and a relationship to the city’s public waterways.

Our proposal is based on twenty-four identical modules that can aggregate to create a large platform, be disassembled to create several smaller platforms, or be flipped over to be used as benches and planters. The design of a single module keeps the fabrication process as simple as possible without losing the variability of configurations needed to maximize the social use of the courtyard.

This collection of parts is inspired by the plan of Philadelphia itself: the seating/stage elements provide a fun and flexible grid; the converted seat-planters cluster to create a distribution of green squares and, in addition to the modules, rain-catchers and rain-responsive surfaces enhance the courtyard’s relationship with water. Taken together, these components pay homage to City Hall’s historic role on the site of the city’s first water pump and create a communal place for tourists and locals alike to enjoy one of Philadelphia’s greatest public spaces.

The proposed module has two distinct sides: on one side a flat top that functions as a stage for public events, and on the other side a scooped bench that allows for seating and gathering in various arrangements. The modules can sit side by side as outward facing seats, or they can be clustered to form enclosed “pockets” creating more intimate gatherings or for use as planters. The capacity for seating/staging to also be used as a landscape element brings an added layer of comfort. Configuring bench-planters can allow for urban groves and parklike conditions where visitors can lie in the grass or admire flowers and foliage. One combination of benches might lead to a geometrically simple and symmetrical series of seats and seedlings, while a more complex configuration of benches prompts a reflective and curious tone amid the flow of explorative visitors. 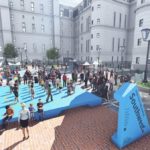 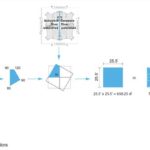 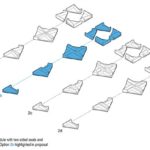 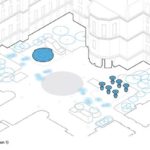 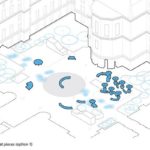 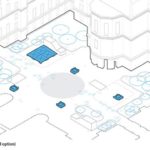 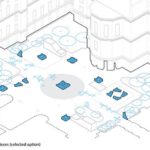 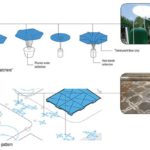 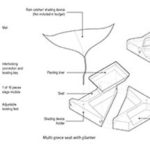 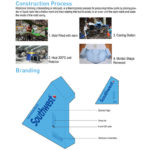 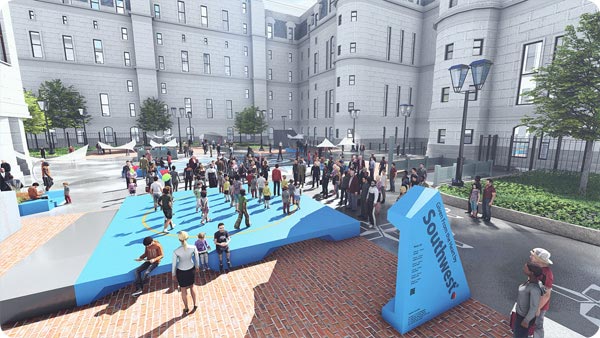 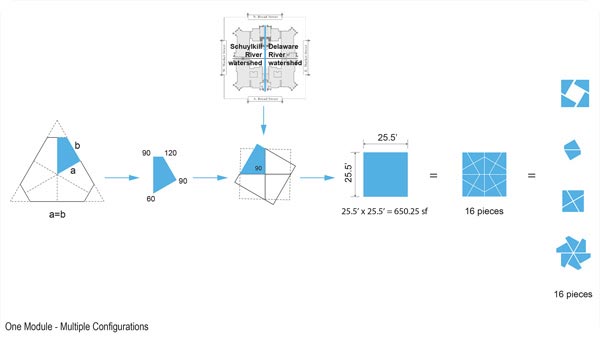 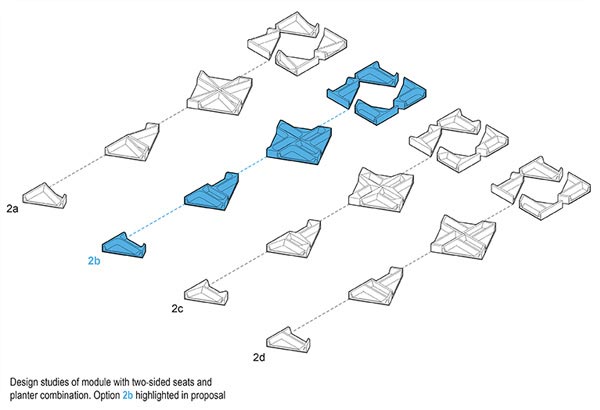 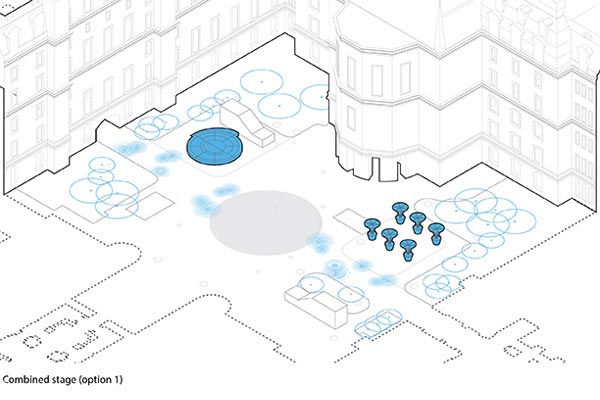 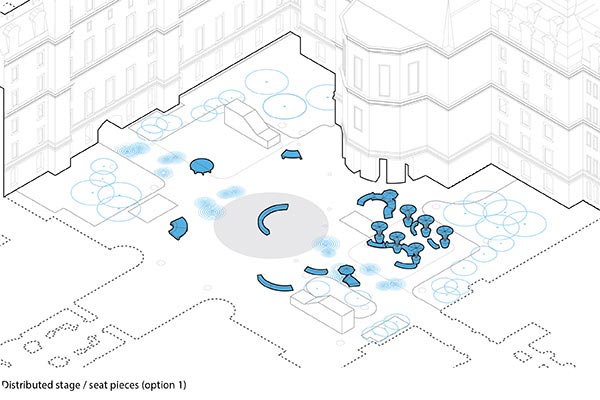 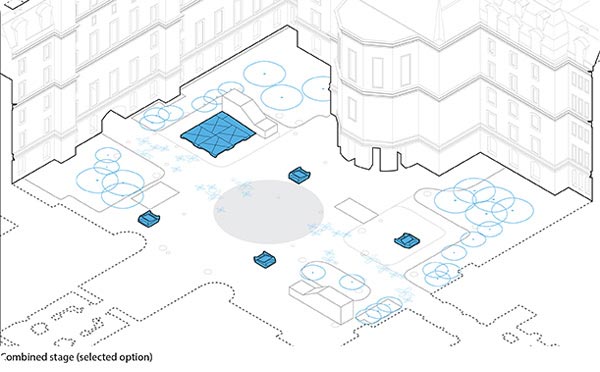 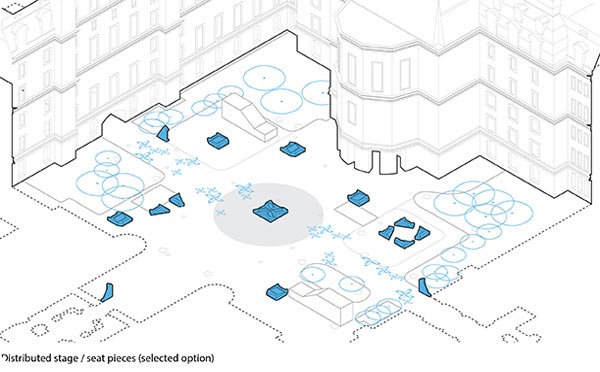 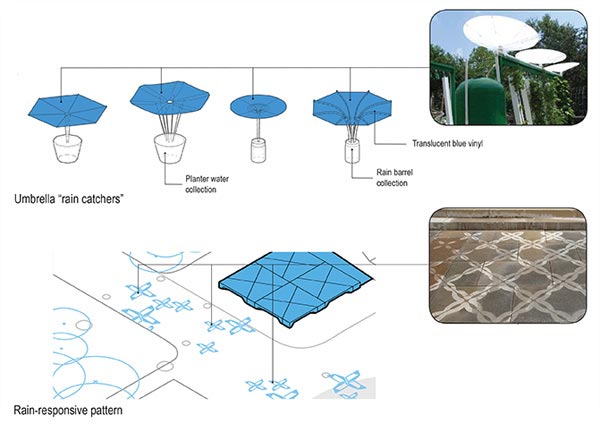 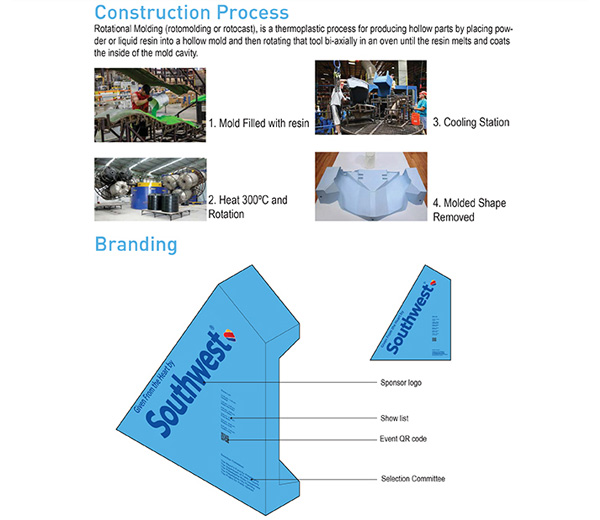