The 1909 Burnham plan for Chicago was purportedly called “Paris on the Prairie” because of its extensive park system and grand boulevards. But Paris has the Seine. The engineering feat that reversed the flow of the Chicago River in the 19th century cemented its image as the figurative and literal back-water of the city. Our proposal uses the redesign of Union Station to instigate a larger restructuring, putting the river on display via a series of social spaces that tie it to the building programs.

The developmental model of thin planning remains one of an urban plinth sitting above the river, with little direct access from streets and buildings to the water level. Chicago’s next big move must re-imagine its river as a primary cultural catalyst for thick planning, a mode that ties the river back into the dynamism of the city. The river holds great potential to be an important link in the transportation network and a significant local asset because of its sectional position within the urban grid. Our proposal, “Hustle & Flow,” uses the redesign of Union Station to instigate this larger restructuring. Our basic strategy conceives of the site as comprised of thickened plinths, which expands the public program by creating more places to link and sponsor activity. These areas tie the various existing levels (river, street, mezzanine) to the proposed levels (conference, hotel, transit), resulting in interlaced public knots. Our proposal integrates the hustle of urban events with the dynamic potential of landscape flows through a sectional and conceptual thickening of the original Burnham plan. 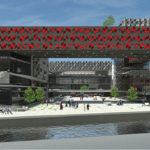 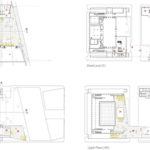 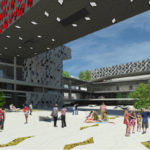 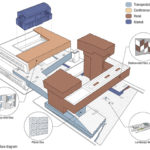 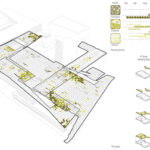 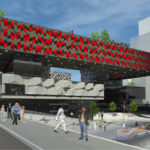 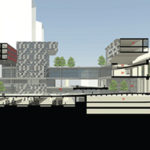 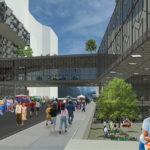 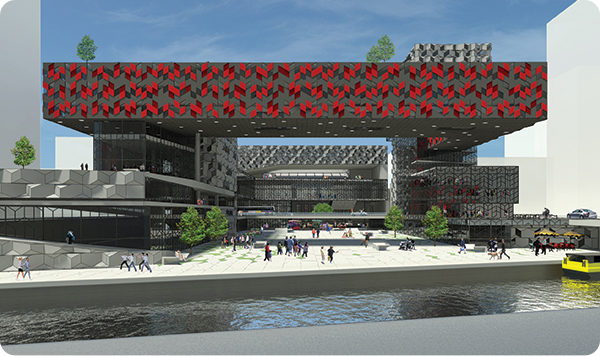 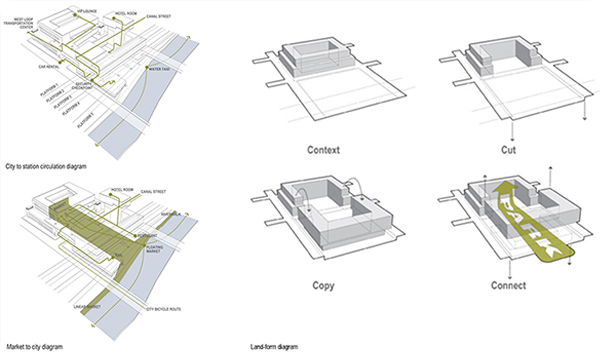 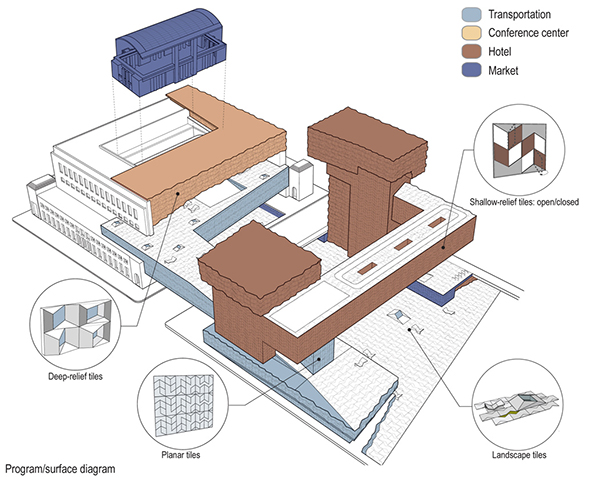 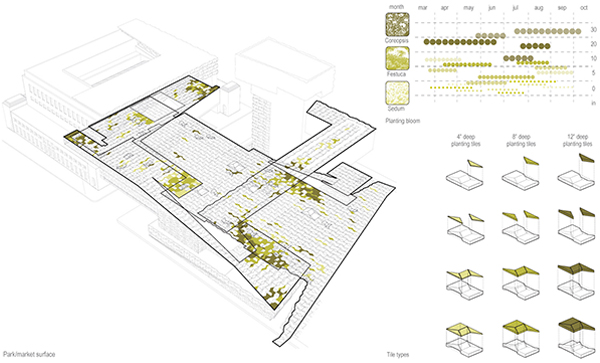 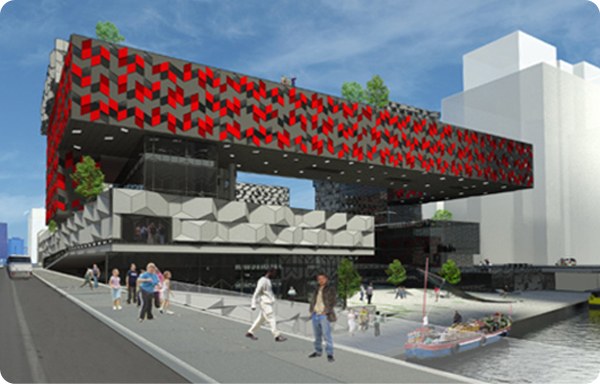 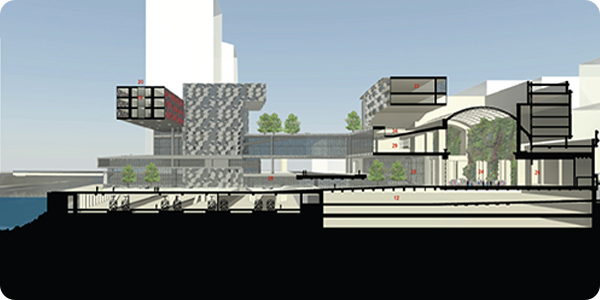 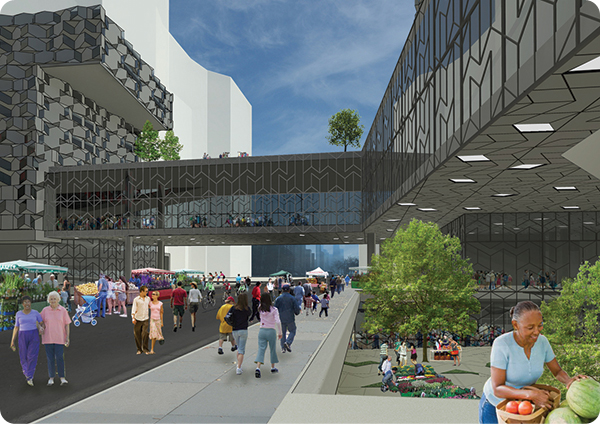