The now abandoned Highbridge was part of the Croton aqueduct. It was the first pipeline to bring freshwater from distant sources into New York City to address the 19th century’s growing population and contamination of local water resources. Our proposal repurposes the aqueduct and its surroundings into a connected infrastructure for the treatment and display of hydrological resources. This new system establishes a previously absent association between the aqueduct and the Harlem River.

Ripple Effect is a network of social spaces organized to entwine the cultural, environmental, and historical contexts that make Highbridge unique. Our proposal is a circuit of displays, interlacing the programs of art, recreation and landscape in order to create unique or unexpected adjacencies among them. The circuit is a distributed system whose organization is inspired by the line-arc configuration that forms both the steel and masonry structures of the bridge as well as the tangle of transport infrastructure below. The line-arc geometry loops on itself to form a series of clusters – infra-blooms – that are collectors for both artistic and environmental performance, which gather people, activities, and water. The system of infra-blooms supports three distinct areas for display: intermittent (landscape), interstitial (bridge) and internal (building).

Intermittent display is a network of paths, pools, puddles and ponds located on the Manhattan side of Highbridge where the landscape is restructured to support various activities. The infra-blooms function as a water-cleansing system that collects and filters rainfall, and then channels it back to the aqueduct where it falls, days later, into the Harlem River. This rain delay – a temporal gap from storm-event to bridge-event – reinstates the presence of the river and establishes a previously absent connection between the river and the aqueduct. By reversing the flow, the aqueduct is transformed from a distribution pipe that transports water from distant sources to a collecting reservoir that returns clean water back to the river, thereby inverting the historical trend of isolated infrastructures that promote the contamination and disregard of local waterways. The intermittent curtain of water falling from the bridge can be engaged by visitors and artists in a variety of ways.

Interstitial display allows for gathering on and within the bridge. The pipe from the old aqueduct is removed and the water-reservoir that collects cleaned water from the infra-blooms is reconfigured and housed within the structure. This enables people to access the space underneath the bridge, providing a unique destination for art displays and a place to experience the rain fall. The surface of the bridge itself is configured with a series of small petals that hold planting, water, and provide linkages to the space below.

Internal display is housed in a building on the Bronx side of Highbridge, providing a gateway to the aqueduct. It contains the art creation facility, career development center, gallery space, classrooms, and storage. The building and landscape is configured as a loop that intertwines street access, bridge access, courtyards and continues as a pathway that leads down to the existing river access. 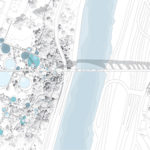 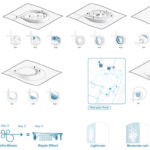 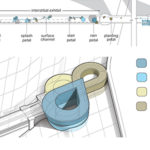 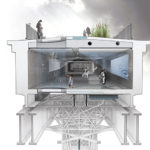 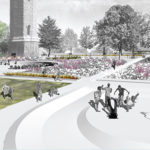 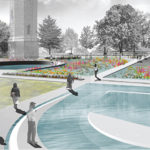 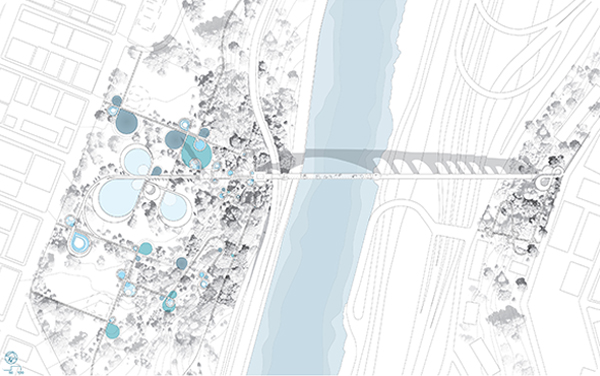 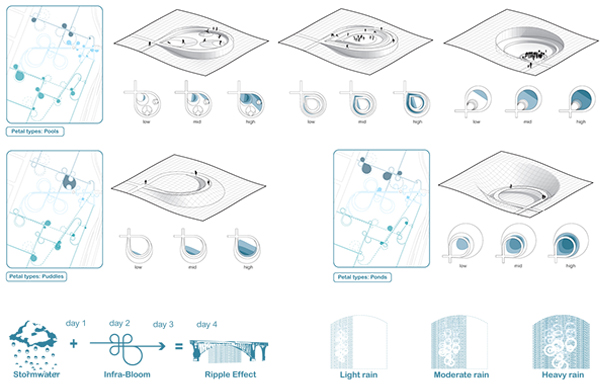 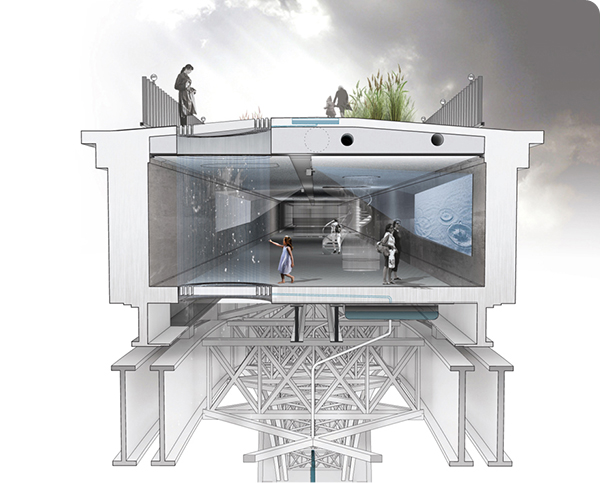 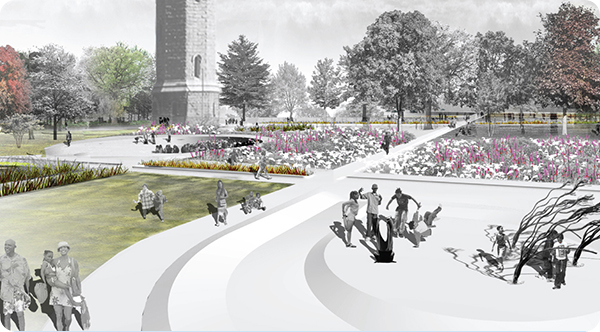 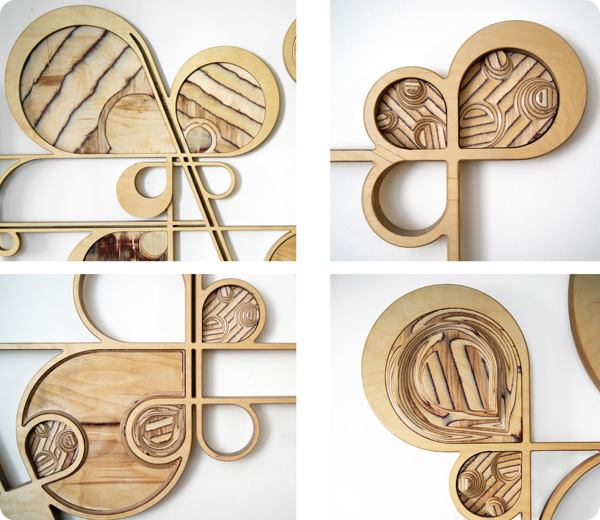