–Studio Text
The city of Miami sits at the threshold of these landscapes – between the Everglades and the Atlantic Ocean – on a limestone ridge along Biscayne Bay. In 1900, the city had less than two thousand residents (when New York City had 3.4 million); however, the city grew rapidly from the 1920s on (earning its moniker “the Magic City” because it changed so fast it was “like magic”), and today is considered a city of global importance. It has a diverse economy; however, tourism remains its principal industry.

The Sunshine State is a paradise constructed not only through canals and levees but through the propaganda and images that continue to draw hordes of visitors and residents to the state in promise of a tropical paradise (beaches and flamingos, not swamps and alligators). It is a region of “attractions” and theme parks; the home of Disney World and Busch Gardens. Miami has no shortage of “nature enclaves” for entertainment and education, such as Seaquarium, Jungle Island, and Monkey Jungle, “where humans are caged and monkeys run wild.” These are major draws for those who delight in spectacle and display.

The first question for the studio is: how can we take seriously the notion of “attraction,” yet do so in a way that does not confine the landscape to either the nature reserve model (i.e.: the Everglades National Park) or the theme park model, which is bounded in time and space. The second question is: how can we invent “liminal machines” that perform as multi-functional, multi-scalar infrastructures, challenging the landscape of lines that comprise the region; lines that are singular infrastructures (i.e.: canals, levees, bridges, bulkheads) designed to eliminate or bypass “gradients” in the landscape.

–Project Text
The Horizontal Dike, a new type of infrastructural waterfront protects Miami from sea level rise. Instead of drawing a clean border between the ocean and inland, the dike expands horizontally, provides rich platform for the future habitat and attraction. It will break the edge between the urban fabric and the ocean, forming liminal condition between the artificial and the natural. Ultimately, the Horizontal Dike will be a man-made infrastructure driven by natural process. 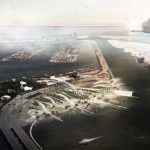 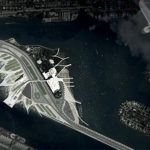 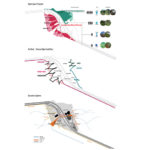 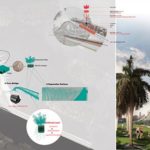 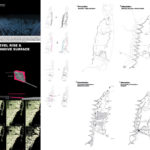 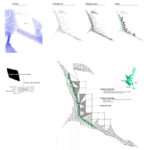 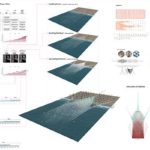 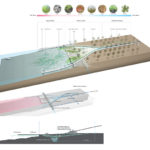 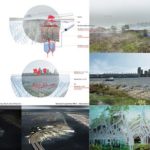 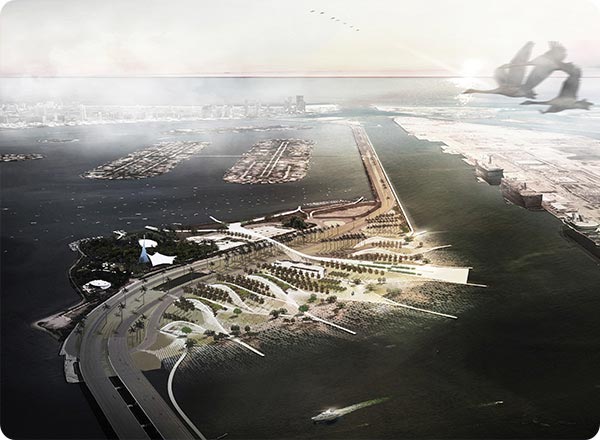 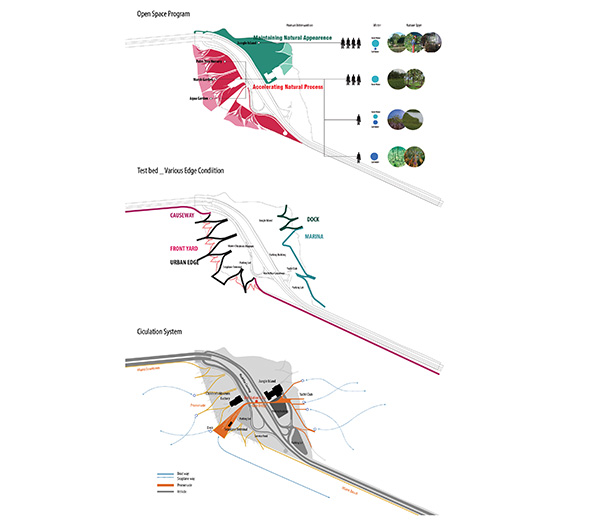 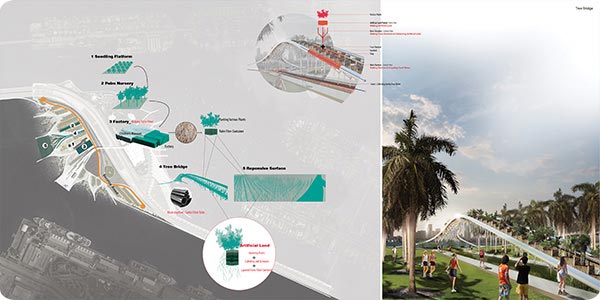 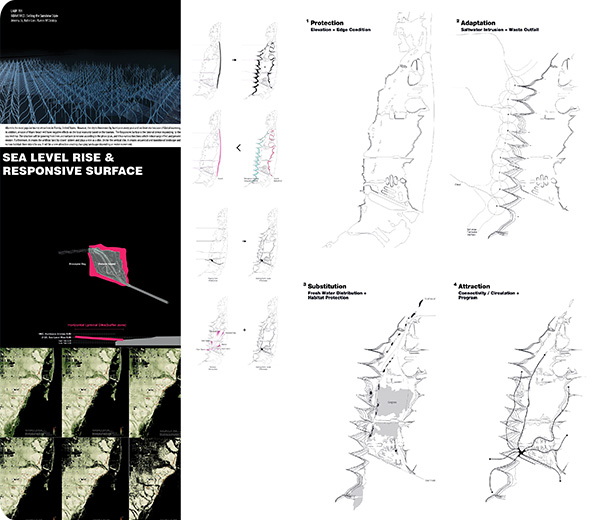 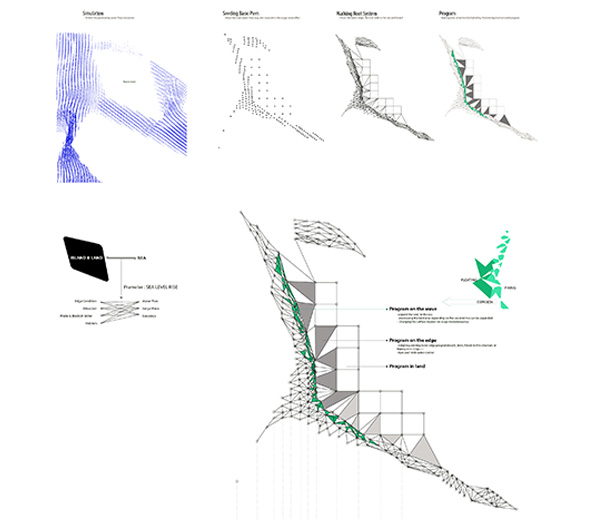 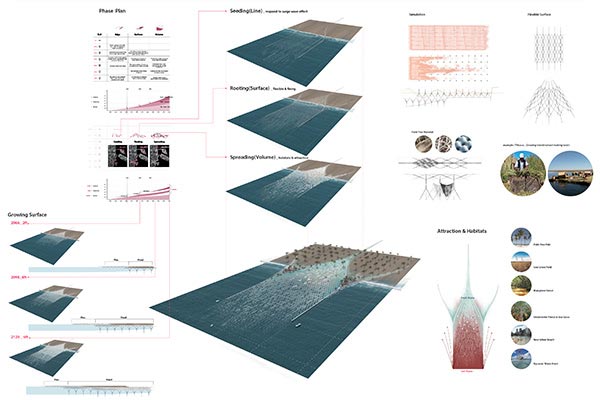 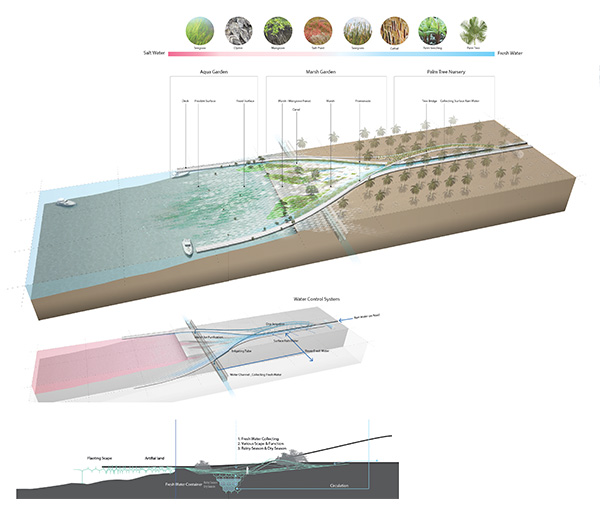